First unsupported crossing of the Arctic Ocean with PELI!

This summer, the "La voie du pôle" expedition team will attempt the first ever unsupported crossing of the entire Arctic Ocean. The expedition will be led by sailor and Arctic adventurer, Sébastien Roubinet, who designed and built the boat. He first attempted this expedition in 2011. He’ll be accompanied by polar explorer and cameraman, Vincent Berthet.

We sat down with Vincent to find out more about the expedition and PELI’s role in facing the Arctic challenge ahead. 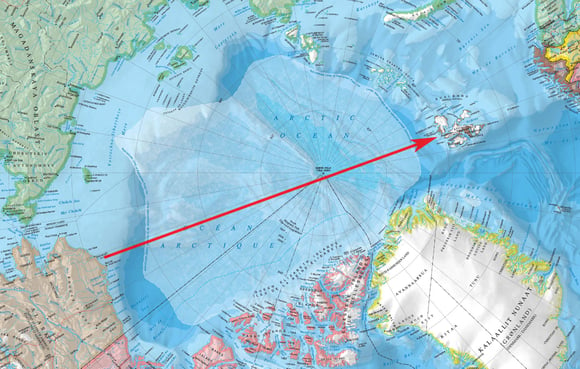 Tell us about La voie du pole. Why is this expedition special?

Many explorers have attempted to cross the Arctic Ocean without external assistance, but none have yet succeeded. We are really excited by the technological challenge of reconciling autonomy, speed, and respect for the environment in order to be the first to make the crossing. We’ll be sailing on a hybrid-catamaran which can travel on both water and sea ice. When the winds aren’t on our side, we’ll push and tow the boat ourselves on the sea ice.

What are the aims of the expedition?

A key objective of the expedition is to collect data on the sea ice for calibration of satellite CryoSat-2, so we will be measuring the sea ice thickness with an electromagnetic sounder. Other scientific work will be done along the trip as the route of the expedition takes us into areas inaccessible to researchers and we hope to benefit the research on the polar environment. 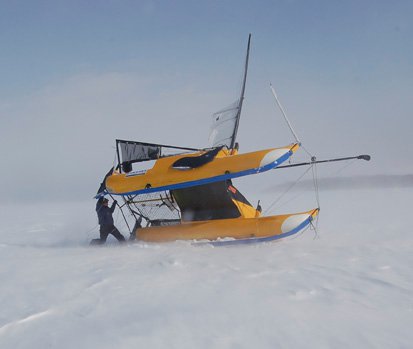 What are the biggest challenges you expect to face on your journey?

We will have to be very careful to avoid breakage on the boat while maintaining a rapid pace in order to cross the Arctic Ocean in less than three months.

The Arctic sea ice becomes more and more dynamic and unpredictable with every passing year. Our boat is light (140kgs empty, 400kg loaded) to allow us to adapt to difficult ice conditions, as hauling the boat in the icy chaos can be very challenging.

Also, after a given point, assistance by plane, helicopter or boat will become impossible. We must be vigilant at all times, managing our fatigue in a stressful and cold environment.

Last but not least, polars bears are a big concern! We could encounter one at any time during the three months. Sébastian met 13 bears in just one month during his 2011 attempt!

What PELI equipment will you be taking with you and why?

We bring various micro cases for storing sensitive equipment like SD cards containing all our pictures and scientific data, and some batteries that are fundamental for navigation, weather routing and distress calls.

Indeed, during the arctic summer the humidity is at its extreme and fog is part of everyday life. Equipment needs to be protected also from salt sprays and the important boat condensation.

The small sizes of the cases allow us to store them in the tiny areas of the boat, and their clear covers facilitate rapid access to what we need.

2720 LED headlamps are also part of the equipment. We will use them to have light inside the boat at campsites, mostly during the month of September when the sun will finally set. Their gesture activation control will be useful for lighting with our gloved or wet hands. Red night vision is the kind to have with you on a boat.

If you want to find out more and follow the progress of Sébastian and Vincent, check out the Voie du Pôle Facebook page: www.facebook.com/lavoiedupole.