One phrase you'll hear often associated with Peli is "guaranteed for life". That's because Peli products are guaranteed to work for you for a lifetime. There is no better way to demonstrate this other than to hear from real Peli case users. In this post, we have a highly detailed story from professional photographer Ian Schemper, a decades-long Peli case user, who tells us about how his case has been to the ends of the earth and back in the 30+ years he has had it and how it is still going strong.

In 1989 I was working at sea in the early days as a professional photographer and sailing up in Alaska during the summer. My boss and I found a tiny hole-in-the-wall photographic store in Juneau to pick up some high ISO film for an upcoming project. I walked out with a Pelicase, quite pleased with myself as 100 dollars seemed like a good price for a quality case that would house my recently purchased Nikonos underwater camera system.

33 years later and the case is still being used and on an almost daily basis.

It’s my one single piece of gear that has kept all its promises from day one.

Apart from keeping my equipment safe it’s been a faithful friend, seat, stepladder and even a less-than-comfortable pillow for one night sleeping on the floor of a Greek airport thanks to a wrong entry visa. I worked at sea for about 8 years and with all the flights home to and from Zimbabwe my Peli case almost became an extension of my arm, carrying the valuables of my profession along with passport cash and travel documents hidden under the foam lid.

It has been on some amazing adventures during its 7 or 8 circumnavigations of the world. Its been in a 'controlled' crash landing in a hot air ballon in Botswana—forgotten on a ferry in Denmark—nearly been trodden on by an elephant in Zimbabwe—to name a few of countless adventures. 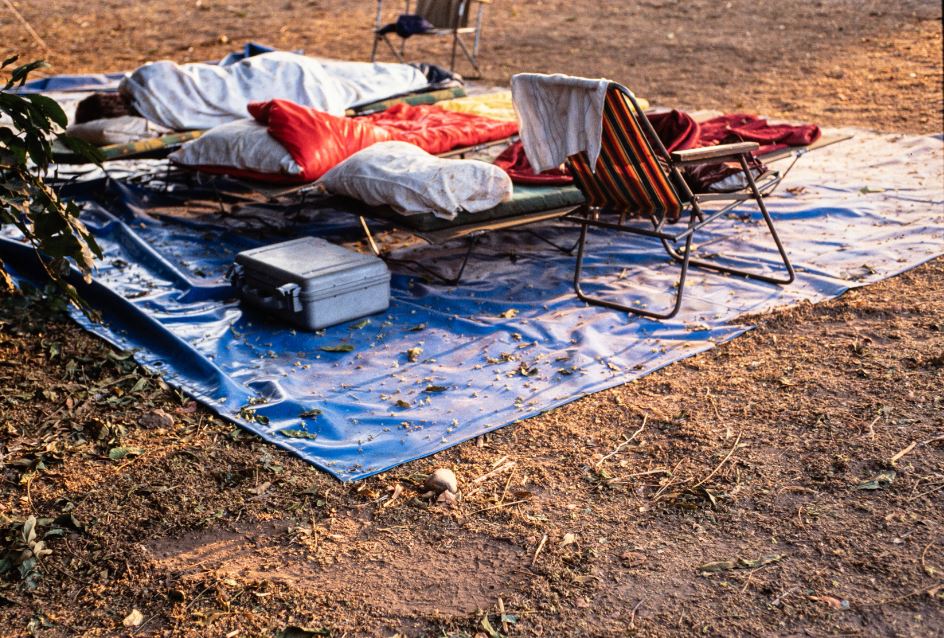 "The elephant pad prints in the foreground show how close it came to us. We woke up to seed pods raining down on us as it shook the tree we were sleeping under."

Since the Vancouver Olympics in 2010 it’s lost its hand luggage privilege. I have been travelling and shooting extensively for Omega watches and many of the assignments have included a long telephoto lens which just happens to sit neatly inside my Peli case-which in turn goes into my beaten up suitcase and checked in to the hold. My theory being that no potential thief would suspect that my scruffy suitcase contained anything of any value. So far so good. Even when the long lens doesn’t attend, the Peli case is filled with all the back-up equipment paraphernalia that needs to travel, then stuffed into the suitcase and then checked into the hold. On quite a few occasions, when the gear is too large for the hotel room safe, the Peli case has been padlocked and chained to the bed frame.

Over the past year the case has a slightly expanded job description. Its new role is less exotic but no less important, that of protecting my laptop and Wacom pad to and from the studios. I am shooting interior design products with a team of stylists and photographers here in Sweden. When I first arrived with my beat up grey case there were some bemused smiles but after hearing its life-story it was then officially classified as 'cool’.

The o-ring seal has finally broken and what remained of the foam inserts I threw a few months back but amazingly it still the original foam in the lid after all it’s hard work. Time to replace the inserts I guess for the next 33 faithful years. 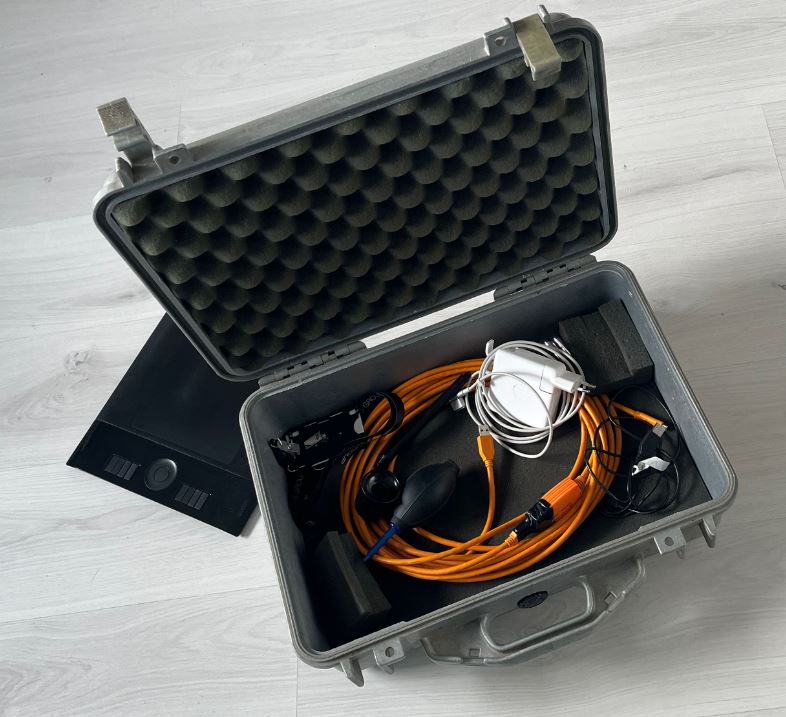 "Old faithful complete with the remains of the foam inserts."

To learn more about pro photographer Ian Schemper, visit his website at www.ianschemper.com

How to shoot portraits in summer sunny conditions