Founded in 2016, GEP Unmanned Technologies is a Greek company that specialises in drone development. Originally producing drones for surveying and data collection for precision agriculture, the company has more recently launched the Intruder SE, a tactical drone for life-critical situations. Developed primarily for armed forces, law enforcement and search & rescue professionals, it has quickly become their flagship product. 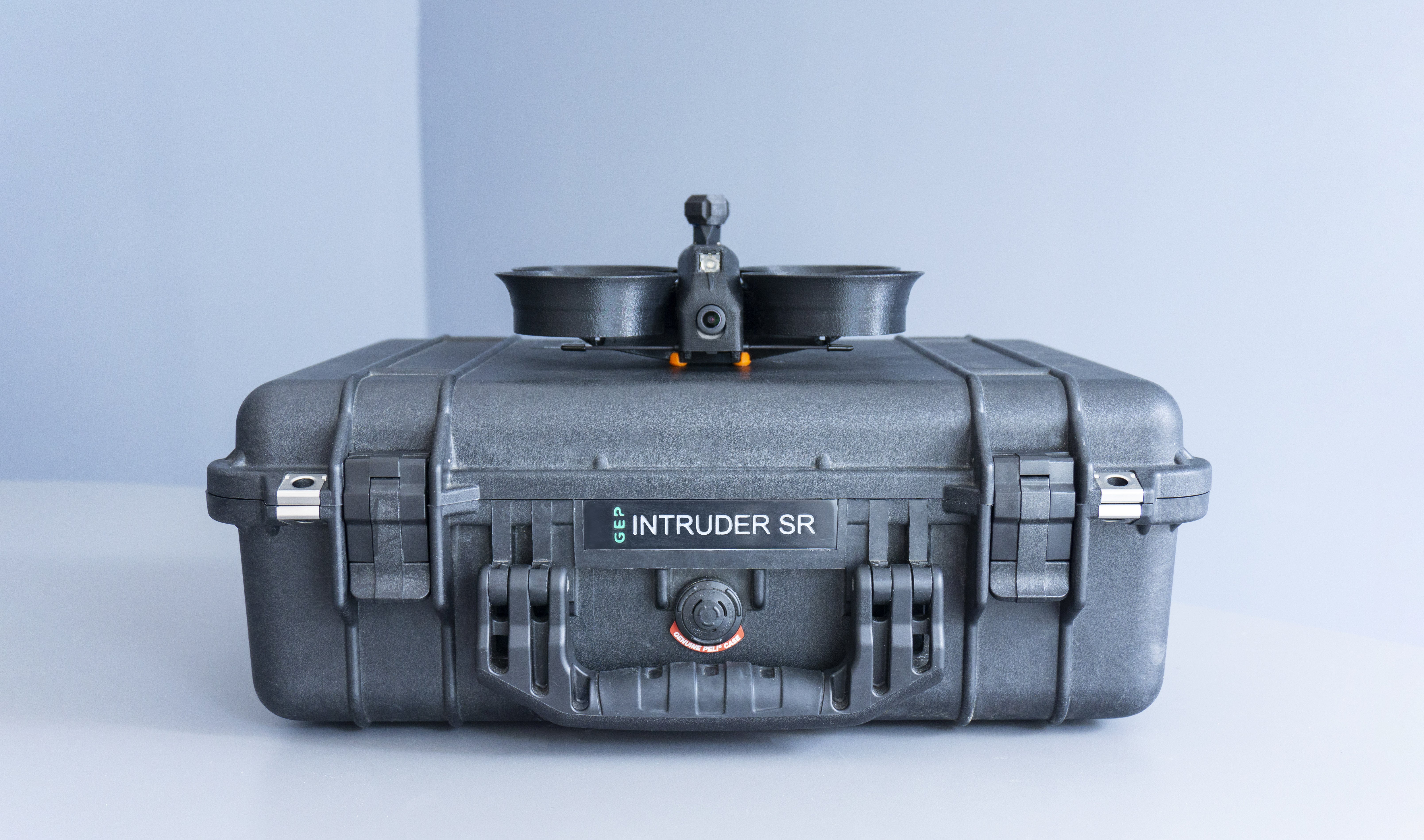 In this user success story, we showcase how George Papadimitropoulos, Founder and CEO of GEP Unmanned Tech., was able to succeed with the Intruder SE while also designing both the drone itself and its sophisticated all-in-one ground control station to fit perfectly into a Peli 1500 Protector Case.

As stated previously, GEP Unmanned Tech.’s original focus was on the development of drone systems for the agriculture sector. However, in recent years they’ve pivoted to producing drone technology for sectors such as fire & rescue, law enforcement and military. In 2022, they launched the tactical drone dubbed the Intruder SE. 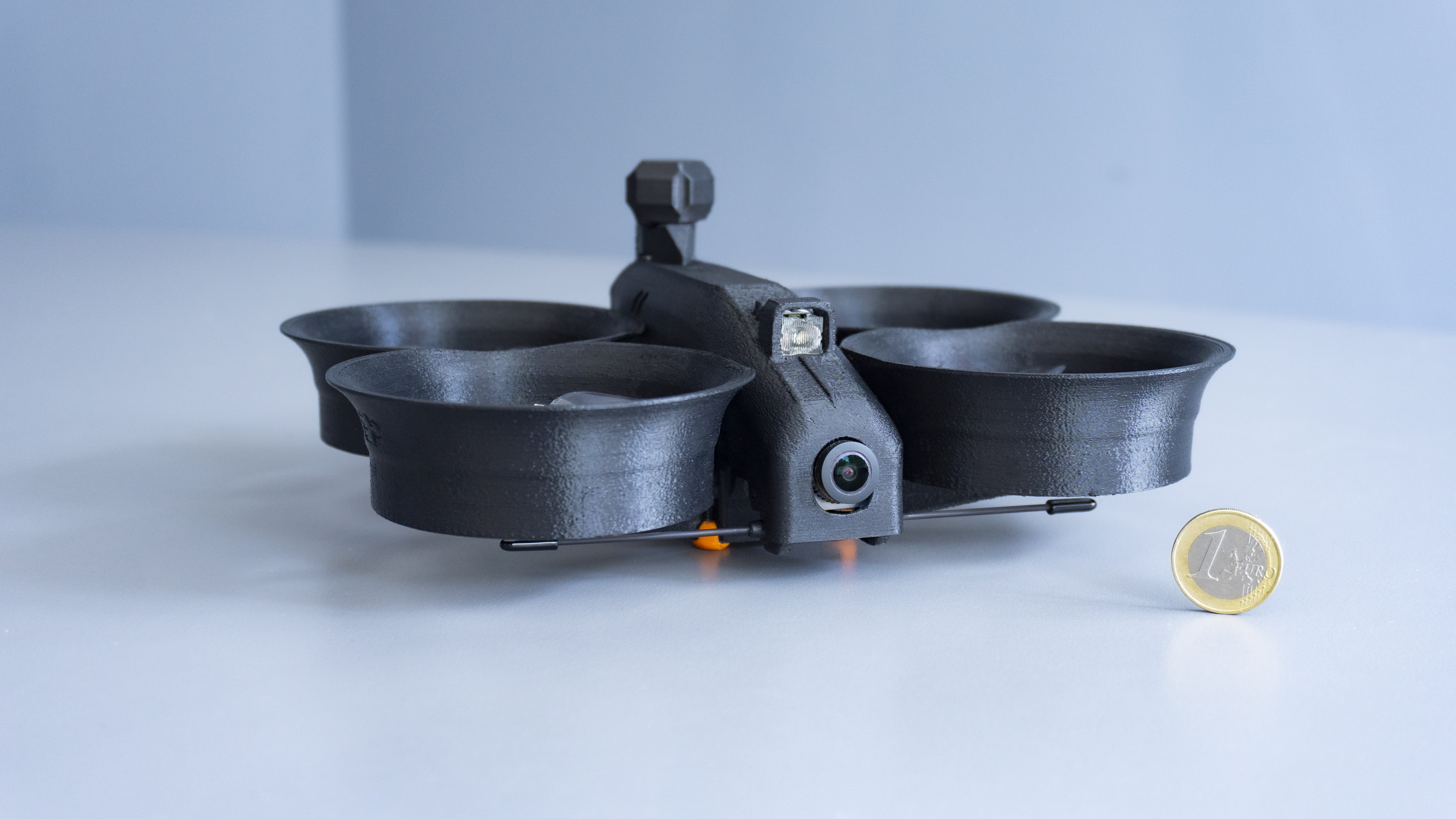 The Intruder SE is an innovative commercial drone that is nearly indestructible, waterproof and heat resistant. The size of the drone is little more than the width of a hand and is equipped with night vision and a hyper-sensitive microphone, which makes it ideal to infiltrate buildings, navigating small spaces to survey life-critical situations and assess risk to inform its control teams on the ground from afar, enabling them to make informed operational decisions. The Intruder SE also comes with a ground control station (GCS), which includes the tools that allow the operator to control the drone from a distance.

Although GEP Unmanned Tech. consists of a small team of engineers and other staff, it does all research and development (R&D) as well as production of the drones and GCS components in-house. However, one significant challenge during the R&D phase was to find a housing for the system, so that the drone and its various components and accessories could be transported with ease, while also protecting it from the elements.

“That was quite a challenge because we're talking about the drone, the controller, all the batteries for the drone, five batteries in total, the drone chargers, an integrated power bank, a backup power system, the screen, and the video receivers,” said George.

Due to George’s prior experience with drone photography, he was well aware of the various features and benefits provided by Peli cases such as their superior impact-resistance and IP67 waterproof ratings. Thus, Peli was quickly identified as the right partner to protect the Intruder SE and its GCS.

“Before I started this company, I used to do filming with drones, sometimes in very treacherous situations. You know, when it was raining, maybe there was mud and so on. I had all my sensitive, expensive equipment inside a Peli case, and I knew it was safe. So, I had this experience and I decided that in this case we need to go with Peli.” 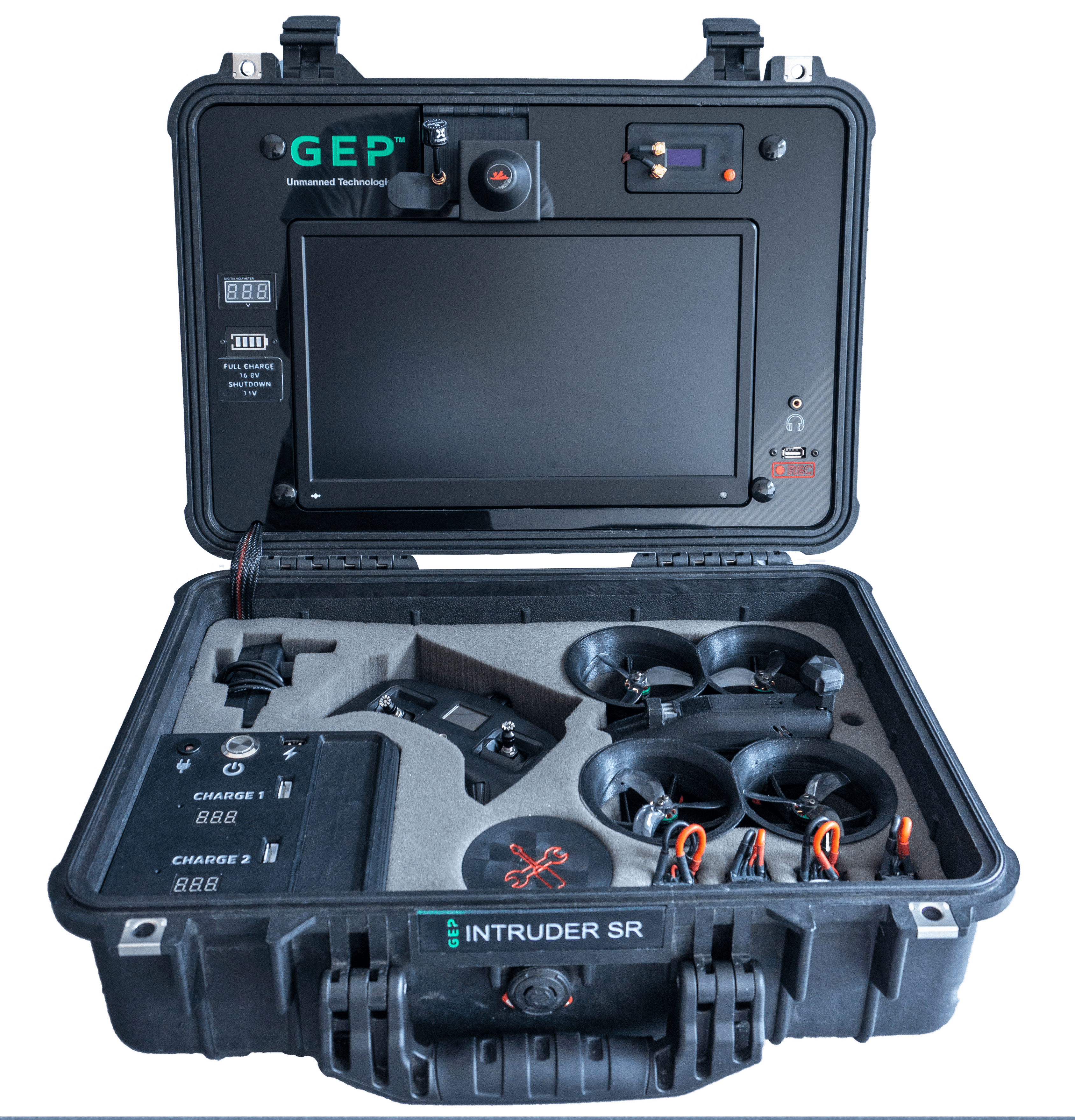 “It started from our initial requirements of the system, so we needed to have something with the dimensions of approximately the Protector 1500 case, for the complete system, everything included […] There's a lot of technology within this single elite case. And all of that at the same time had to be impact-proof. So, that was an engineering challenge of its own.”

The majority of the case is filled with custom-cut foam that holds most of the equipment, including the drone and its controller. This foam, just like almost everything apart from the case itself, is produced and cut in-house.

“We actually had to go through a lot of testing to find the best way to cut [the foam]. We eventually settled on laser cutting with a very powerful diode that allows us to cut all the way through the foam for a very precise cut.”

“We wanted to avoid drilling through the case because we didn't want to compromise the waterproofing, thus we made sure none of the modifications we made comes close to penetrating the case lid completely […] Additionally, the lid was designed with quite a bit of free real estate that we can use for additional applications, modifications and innovations in the future.”

After pivoting toward producing commercial drones for tactical purposes, the Intruder SE almost immediately became the flagship product for GEP Unmanned Technologies. Although the success of Intruder SE is in large part due to the product itself, the use of Peli cases has provided a boon to customer satisfaction.

“Everybody has affiliated Peli cases with, you know, military and tactical applications, serious applications. This has been a positive thing. Peli cases give the system a sort of sophisticated look and feel. It helps associate our product with our target market. Peli cases are familiar, and our users know what to expect from them. Most of all our users can expect high quality.

“We've also had users who call us because they essentially dropped the Peli case into a puddle of water. They were afraid that maybe something was damaged, but we assured them that everything is waterproof as long as the case is closed. Some other clients have dropped it down a flight of the stairs and were also very happy that nothing inside was damaged.”

Ultimately, what Peli cases allow organisations to do is manage the risk that is inherent in the transportation of fragile, valuable equipment. Through Peli’s innovative high-performance cases and containers and their interior customisations, Peli provides reliability to organisations like GEP Unmanned Technologies so that they can focus on what they do best: developing the best product for their users.

“It's the reliability we get. Reliability. And we know that this is one fewer thing to worry about.”

Visit GEP Unmanned Technologies’ website to find out more about the Intruder SE and their other solutions.

To learn more about how your organisation can benefit from the use of Peli cases, visit www.peli.com.