Our Brand Ambassador and Canon photographer Thorsten Milse is releasing on 17 March his latest book project Survivor, which portrays the uniqueness of wilderness and the natural treasures that must be preserved. In fact, this is Thorsten’s major project in cooperation with Canon and WWF Germany. 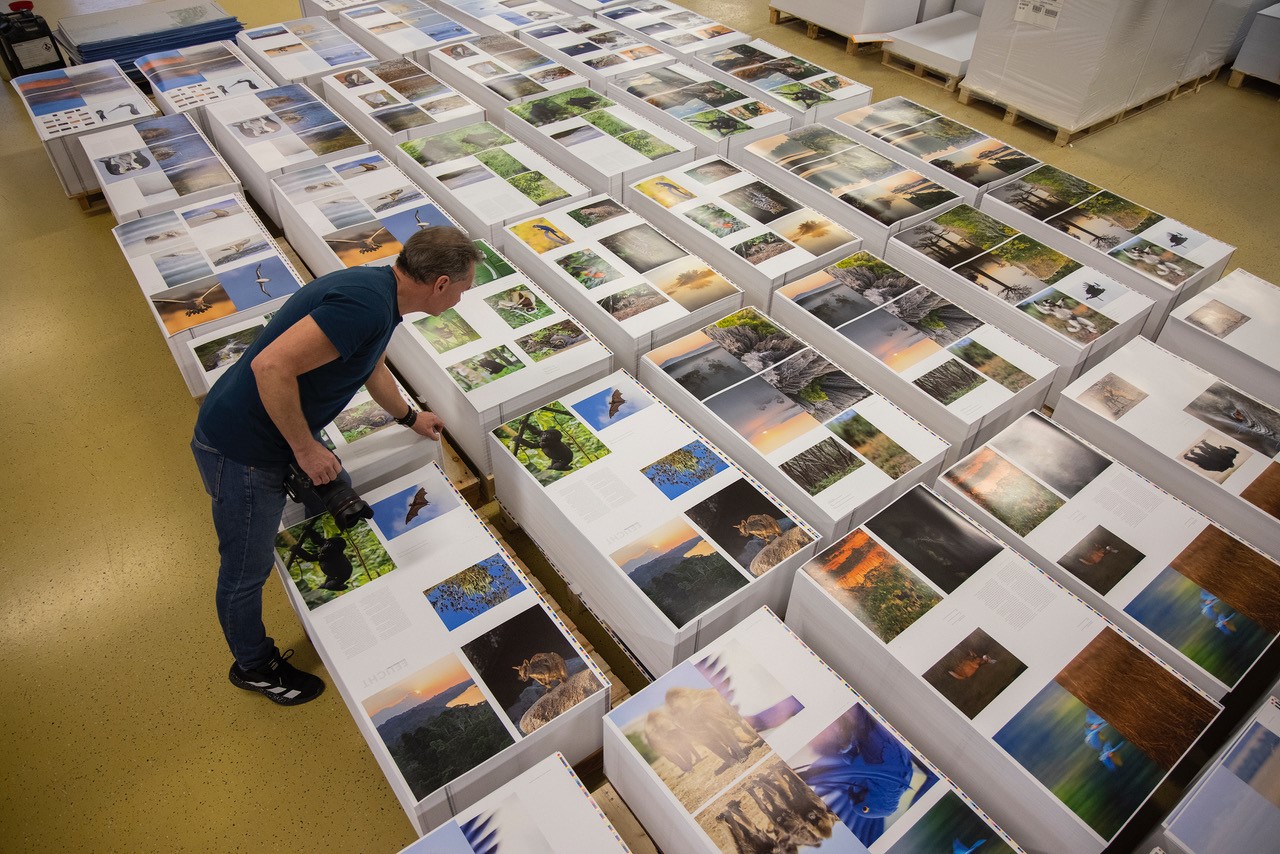 PELI: How did your passion for wildlife photography begin?

TM: Establishing a reputation in the competitive field of wildlife photography takes years. Although, after starting out, I was fortunate enough to sell some articles to smaller magazines, I realized that I couldn’t rely on wildlife photography alone to put food on the table. Therefore, I supplemented my income by photographing models and buildings for advertising agencies, as well as undertaking commissions from health spa companies. During that period of time, I built an extensive portfolio of nature images and approached agencies that specialized in wildlife. In 1999, I got my first contract from the well-established German agency, Okapia, followed by a contract with Mauritius Images.

About four years later, I began to travel the world to photograph polar bear cubs. The captivating moments I shot caught the eye of major publications: Germany’s GEO magazine initially picked up the story, followed by BBC Wildlife magazine in the UK and Nature’s Best Photography in the US. The pictures went on to attract a number of high-profile awards, including Best Reportage Photographer from Danish magazine Illustreret Videnskab (Illustrated Science). A compilation of images I took in Canada’s Wapusk National Park subsequently formed the basis of a book, Little Polar Bears, which was published in 2006.

PELI: Could you tell us how you came up with the idea to create this book? What is your main objective?

TM: The biggest problem is the loss of habitat for wild animals. Overpopulation and the incredible demand for the main agricultural products are causing millions of hectares of nature to disappear. The loss of biodiversity can hardly be stopped. Without nature and a life in harmony with the animals, as you can see now at the time of the pandemic, will also make us endangered individuals! Wild animals have to live closer together. Carriers such as bats infect other animals such as monkeys and pangolins, and people trade them on illegal animal markets. The path is clearly predefined.

Since action has to be taken now, I talked to the WWF about a species protection project and we came up with the idea of a book about the threatened species to show how they are still alive and how wonderful it is to see these animals in their natural habitat.

An open art exhibition with over 50 motifs from this book is to be made available to as many people as possible in Hamburg Überseeboulevard. If you see what we are all losing, then € 2 of each book goes to important species protection projects of the WWF. After the exhibition, all photos will also be auctioned for the benefit of WWF.

PELI: Why did you decide to call this book Survivor?

TM: Why SUVIVOR? Most species are already survival artists: they suffer destruction, water shortages and food shortages. Therefore, these restrictions of their so important habitat make them heroes from the animal kingdom.

PELI: How did you cooperate with Canon and WWF to make this project a reality?

TM: I have been Canon’s official ambassador for over 13 years. With this project Canon can show what high-quality cameras and lenses can do and not just in social networks. Breathtaking nature photos show in a large-format coffee-table book and Canon in the area of large-format Fine Art Print shows what is possible when the "raw material" is right. In addition, Canon Germany makes an important contribution to the protection of species and the preservation of biodiversity and, as a sustainable company, shows how we can all contribute to preserving our earth for generations in a way that is actually taken for granted.

I have been working with the WWF for many years and the close friendship with CEO Eberhard Brandes WWF Germany brought us together in 2014 for a large open art exhibition on the subject of climate change and extreme weather. Now we wanted to show the world what we are losing with the loss of habitat and the species with a great book and an exhibition. The WWF and I are almost always on the subject of species protection and therefore the words are also from the WWF, because they can judge facts, figures and the many possibilities and difficulties accurately, and I give the photos and experience reports on site in real time!

PELI: Is there going to be any open exhibition to see the photos from a closer perspective?

TM: It's an open art exhibition. 52 motifs are in large metal stands 1.80 x 1.20 meters in Überseeboulevard in Hamburg. The exhibition will be open for everyone 24 hours a day for over 5 months. Anyone can look at the exhibition 24 hours a day. The pictures are accompanied by text information about the animals and species protection. If you want to have all the photos and more information, you can buy the book in the concept store on site.

PELI: How does this book differ from your other books?

TM: Thanks to Tecklenborg Verlag, this book has an outstanding print quality and all photos were later coated with a varnish to show the high quality in four-color printing. In addition, paper, paints and production are sustainable; thanks to the CO2 certificate we also support a forest project in Uganda, where the mountain gorilla lives. In addition, this book with the texts of the WWF is an urgent appeal to the world. Keep the habitats and thus protect the endangered species and, therefore, you will be protecting yourself too!

PELI: How can people support you with this project?

TM: Enjoy outstanding wildlife photography and do donate at the same time: € 2 of the retail price goes to the WWF.

The unique images were created with the support of Canon and WWF and was printed on an image PROGRAF.

After the exhibition, the photos will be donated to the nature organization WWF after being auctioned.

From Frozen Arctic To Humid Amazon, Advice And Experiences From One Of The Best Wildlife Photographers: Thorsten Milse