Pol Tarrés grew up in Catalonia where he started trial biking at a young age. He is now one of the best trial riders in the world and known for his power even if he is only 1,70m tall. Since late 2015 he has been in the Top 10 of the UCI Trials Ranking. You can watch his rides on his Youtube channel Pol Tarrés.

You are a Pro Trials Rider. Could you explain what that exactly means for the non-bike experts among the readers?

It’s very spectacular but still a quite unknown discipline of cycling. To put it very simple: You have to go through gates and collect points. The thing is that you only get points if you cross the gate with your tyres. You are not allowed to touch the pedal, let alone the foot or the hand. A standard competition consists of 5 sections each and section has 6 gates. You have to do 2 rounds and each gate gives you 10 points. In total you can collect 10 x 6 x 5 x 2 = 600 points. When did you start biking and who introduced you to it?

I started biking when I was only 10 years old. I was in a water polo team and one day another kid who I played with brought his trial bike. My brother and I were amazed by his skills. We asked him where he learnt that from and he suggested us to come to the trial school with him to try it out. We loved it and within a year my brother and I switched from water polo to trail biking. That kid was Andreu, one of my best friends today!

You were selected by the Catalan Cyclism Federation at a very young age to start a high-performance training. How did your days look like back then?

IT WAS UNBELIEVABLE. We went to a normal high school with other kids but we had training every day. I got to live with five friends of mine which felt like a summer camp that lasts for the whole year! That were one of the best years of my entire life.

When you don't ride downhill next to impressive mountain ranges you also compete in trails world cups around the world where artificial trails are built in the middle of big cities. What typical obstacles do you have to overcome there and what disciples are there?

Usually they use rocks, logs, concrete and lately water. Water is put under the obstacles not only because it looks cool but because it’s exciting for the audience. They love to see us fall in haha. 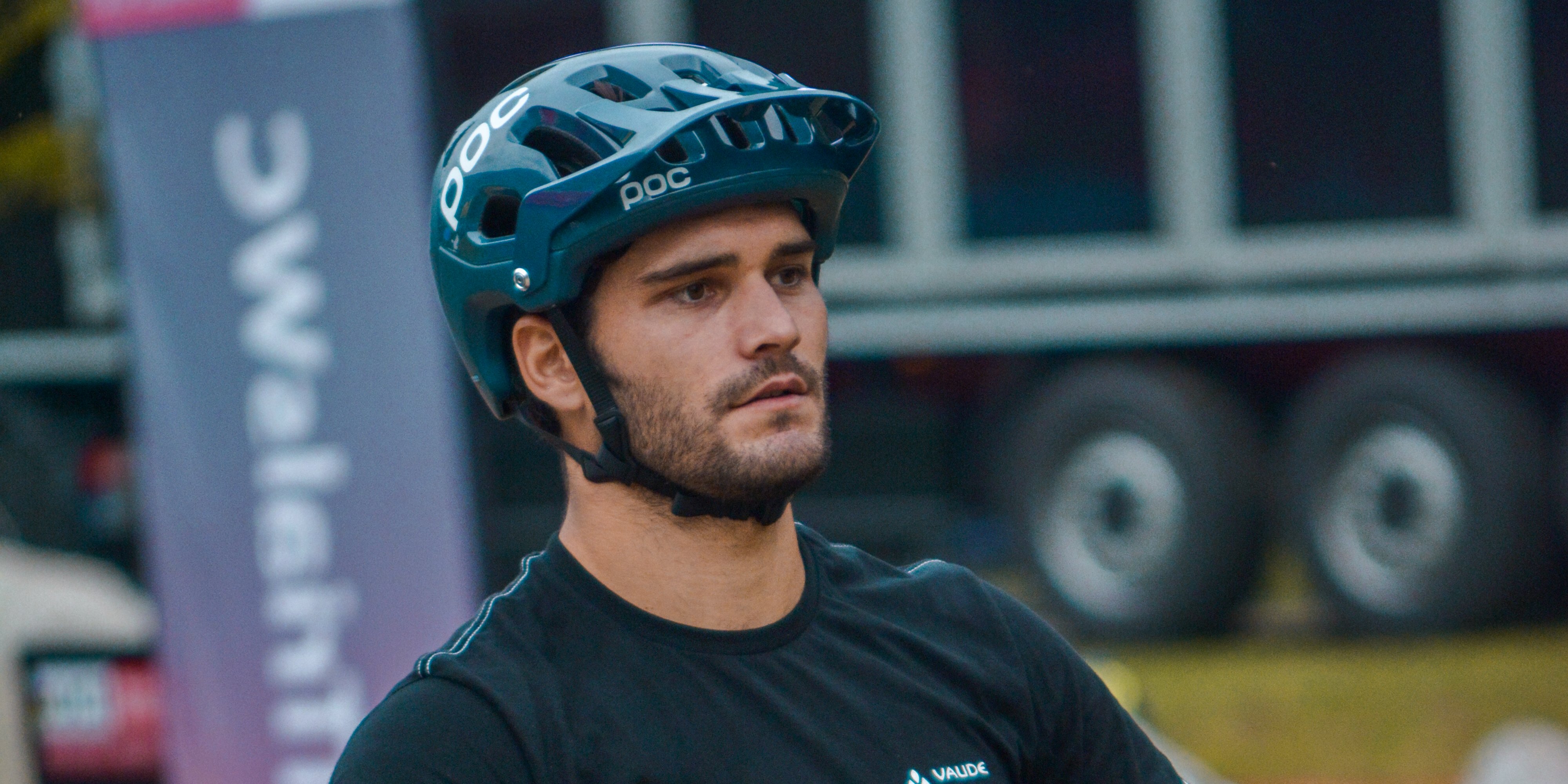 For mountainbike lovers among the readers. Do you have any recommendation on where to go biking in Europe?

There are plenty of places in Europe, we are so lucky to have the Alps, the Pyrenees and the Dolomites… If you prefer bike parks and downhill tracks, I would suggest Portes du Soleil in France. If you want to do more pedalling and still having some down trails with mind-blowing views, definitely check out the Dolomites in northern Italy.

Besides Trail Riding you also have a passion for photography. What camera do you use and how do you protect it while travelling? Which peli products do you use?

How does your training look like these days during the pandemic and how did it influence your plans for this year?

During quarantine I did a lot of indoor cycling and some workouts in the parking of the building. It was not planned that way but I also can’t complain as I feel very lucky to be able to have space to do it. We had two projects planned outside of Europe which we had to cancel. Instead, when possible, we are going to Cantabria in Northern Spain for some enduro-mountainbiking. Another trip is going to take us to Menorca on the Balearic Islands. It’s time to explore what we have in our country, and luckily we have lots of options, so, let’s see how it goes! :D

A Few Essential Items to Bring to the Beach this Summer